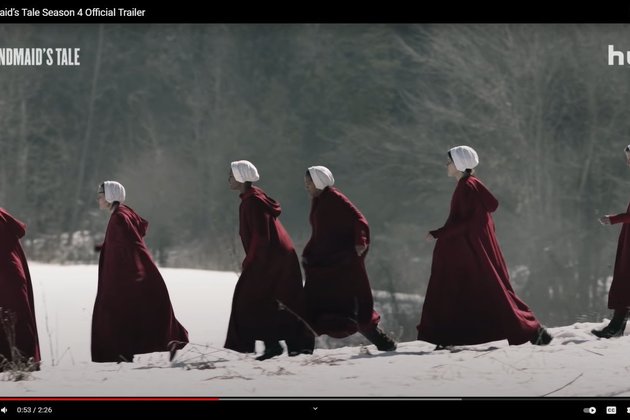 Hulu's 'The Handmaid's Tale' casts Canada as a racial utopia

When Hulu's series The Handmaid's Tale premiered in 2017, reviewers noted its gripping drama and dystopian exploration of rape culture and misogyny at a time when both were hallmarks of Donald Trump's presidency.

The series is adapted from Canadian author Margaret Atwood's 1985 dystopian novel. It has won numerous awards and was recently renewed for a fifth season. But some commentators, including writer Ellen E. Jones, have criticized the series for its use of colour-blind casting that created inclusivity but otherwise ignored race in storylines. Others, including Noah Berlatsky, have analyzed how both the series and novel erase Black people's history.

Our research examines representations of race in speculative fiction and of Canada in U.S. literature, leading us to notice how Hulu's series represents race and national difference.

The show positions Canada as a morally superior nation that has rejected the dystopian society's repressive and exclusionist thinking. This is especially apparent in Season 4's focus on characters' escape to Canada, a theme that references older abolitionist narratives. In so doing, the show obscures Canada's history of slavery, colonialism and racism.

Both the novel and show draw on U.S. history to imagine a dystopian world facing an unexplained fertility crisis. Gilead, a theocratic nation led by religious fundamentalists, has overthrown the U.S. government. Atwood's female narrator is an educated white woman forced to become a "handmaid." Each month, a commander rapes her in a religious fertility ceremony. Babies born to handmaids are raised by commanders and their wives. The sole purpose of the handmaids is to rebuild Gilead's population.

Writer Priya Nair explains that Atwood's novel draws on the historical oppression of Black enslaved women and applies it to fictional white women. For example, handmaids who are disobedient are beaten or hanged.

Despite clear parallels to slavery, Atwood only obliquely references slavery when the narrator explains that the "Children of Ham" have been relocated to the Dakotas. "Children of Ham" is a Biblical phrase that was used historically to justify enslaving Africans.

Nair also notes that the novel focuses on white women's oppression, while seemingly ignoring "the historical realities of an American dystopia founded on anti-Black violence."

While the novel relies on historical experiences of Black Americans, its characters are predominantly white, a feature of Gilead that Atwood maintains in the 2019 follow-up The Testaments. As reviewer Danielle Kurtzleben notes, in this second instalment: "Readers hoping to hear more about race in Gilead will be sorely disappointed."

Atwood intentionally framed Gilead as both misogynist and racist: the theocracy is interested only in reproducing white babies and, therefore, only enslaving white women.

Executive producer Bruce Miller acknowledges that he cast actors of colour in many roles to avoid creating an all-white world, which would result in a racist TV show. The show doesn't address race, he explained, because: "It just felt like in a world where birth rates have fallen so precipitously, fertility would trump everything."

In Hulu's series, handmaids - including Moira - escape from Gilead to Canada where they find protection and safety, and are able to rebuild their lives. The series draws on older literary traditions that have been integral to maintaining the myth of Canada as free from racism.

Read more: I am not your nice 'Mammy': How racist stereotypes still impact women

In the 1840s and 1850s, U.S. abolitionist authors intentionally represented Canada as a racial haven. By casting Canada as morally superior, abolitionists imagined what the U.S. might look like if slavery were abolished.

Others, like Stowe, minimized the difficulties of the lived experiences of Black Canadians, focusing on stories of Black success in Canada. These celebratory narratives dominated representations of Canada in U.S. literature.

Hulu's The Handmaid's Tale escape-to-Canada stories draw on these historical narratives. The handmaid Emily, portrayed by white actor Alexis Bledel, escapes Gilead dramatically, entering Canada by wading across a rushing river, nearly losing June's daughter. Once across, she weeps over the baby, recreating an iconic scene from Stowe's Uncle Tom's Cabin, when the enslaved Eliza escapes slave-catchers by fleeing across a river with her child.

Later in the episode, an Asian Canadian doctor welcomes Emily to Canada, saying: "You're safe here."

On some level, Hulu's use of colour-blind casting, as Berlatsky notes, "addresses the narrative's debt to African-American history." But viewers are still watching an adaptation of a novel whose emotional horror is based on imagining violent, racist aspects of U.S. history as if the atrocities happened to white people.

The series avoids Canada's history of anti-Black racism, slavery and state violence against Black bodies, as detailed by gender studies and Black/African diaspora scholar Robyn Maynard in Policing Black Lives: State Violence in Canada from Slavery to the Present. It also overlooks Canada's colonial violence toward Indigenous peoples. These forms of violence are intertwined with seeking control over women's reproductive rights and sexual freedom.

Hulu's series does explore some of the consequences of patriarchal oppression. But the show's positioning of Canada as a racial haven obscures its history and the contemporary reality of racism experienced by BIPOC women and communities in Canada. 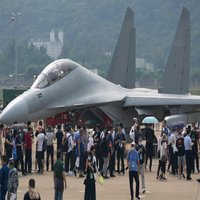